The End As I Know It 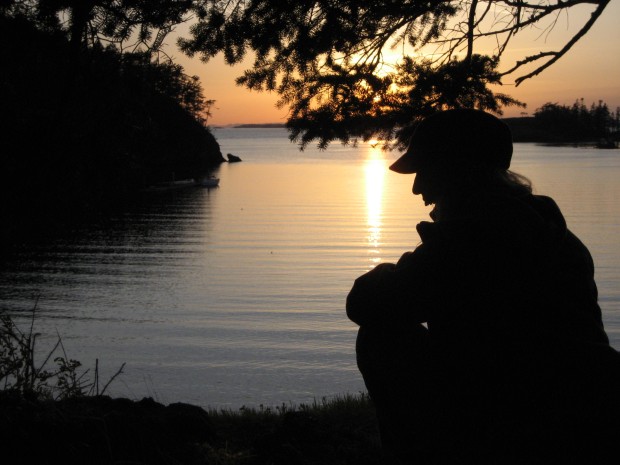 The series of fortune events surely began before the thought of me was ever conceived. It was not until my 20s that I realized I was the heroine in this epic tale…

Life had been a blur. Living mostly in my head, rarely experiencing much other than the past and future. The present was ever so hazy.Though dwelling in past and fantasizing of the future inhibits mindfulness, I feel both the past and future are necessary as the plot thickens…

At 17, I saw my professional Self in the travel and tourism industry. But with the demand and security of the nursing profession, I found myself becoming a Registered Nurse. Caring for others was truly a perfect fit for my big heart. I was on a mission to heal the world!

As my inner gypsy stirred, my passion for travel deepened. Having barely a year of experience in nursing, who would hire me as a traveling nurse? I had recently read The Secret a book written by various authors telling their tales of the power of positive thinking. One magical evening my bestie and I designed vision boards. My vision board was covered with pictures to remind me daily of my dreams and aspirations. Within months, many of my ‘visions’ had come to fruition and I had landed my dream job. On a full moon in August I met my soul mate. A man had not been a part of my vision but we crossed paths on that beautiful August day. I like to call him Captain…I could not have dreamed up a better partner!

With each travel assignment, it seemed like I was gathering pieces to a riddle I was solving…the largest piece to the puzzle may have been the one I found in Seattle. Cap’t and I discovered our shared passion for tourism. Moving to a foreign paradise and building an adventure getaway became the vision for our future.

On a 6 month tour of Portland, I experienced the most stressful travel RN position I could have imagined. With the wisdom of “healer heal thyself’ echoeing in my mind, I knew a vacation was much needed. San Diego was the vacation destination. I had my reasons for choosing San Diego…but while road tripping a thousand miles to the city, I began thinking it was an irrational decision. Every bump along the road, increased my worries. At the height of my anxiety, I remember thinking to myself, “What in the hell am I thinking? What if this happens? Who am I to think…” And so on.

There I am, driving down the Highway 101 with no clue where my life was heading. I was venturing along the cliffs of Southern California’s coast when my iPod died. Dammit!!!! Music and dancing have always soothed my soul. With so much of my road trip already spent thinking and worrying, I NEEDED tunes to distract me from my worries. Frustrated that I was forced to listen to the radio, I searched through the FM channels. Thank Goodness for National Public Radio. Pop music often offends me…

It just so happens John Robbins was speaking on NPR. Have you heard of him? He talked about his book The Food Revolution: How Your Diet Can Help Save Your Life and Our World. Intriguing…I never made the connection between my diet, spirituality and the health of the planet until hearing John speak.

A week later, I found Robbins’ book on a San Diego Goodwill bookshelf. I read it front to back. I laughed, I cried, I got angry and grew anxious. Why was I just now learning the impact food had on my health and the health of the World? I feared how Captain would deal with this. Cooking and eating had become such a large part of our relationship. Me changing to a plant based diet was not going to be easy with a partner that believed chicken was not meat.

Fear, whatever your driving force may be, is something we all experience. Much of my life I have experienced fear and didn’t recognize it as such. So many of my thoughts, or anxieties rather, were my reaction to fear. Fear of the unknown. When fear grips me, it can be breath-suspending and mentally blinding, even infuriating at times. We cannot let fear hold us back.

Though I never feared the aging process, I was terrified of the 27th year. Many Rock Gods (and Goddesses) never made it past the early age of 27. Jimi Hendrix, Jim Morrison, Robert Johnson, Janis Joplin…the age was plagued. To torment my mental well-being further, the looming presence of 2012 being the ‘End of Days’ added to my anxiety. Having spent many hours of my life researching conspiracy theories and “2012”, my fear grew closer as I neared my 27th birthday. I was doomed…The End.

As my 26th year came to a closing, I found myself in Denver beginning a new travel assignment as a ‘case manager’. Yet again, wondering, “What the hell am I doing? What if I can’t help a single person? Who am I to do this job?” It was here I learned more of this heroines’ journey. Her purpose is not to save the world. She must first save herself. In doing so she saves the world…I am reminded of Joseph Campbell’s brillant words, “the influence of a vital person vitalizes.”

Death has been a common theme in my dreams recently. Never can I remember dreaming about death like I have in my 27th year. Last night I recall buried bodies. Weeks ago I dreamed of conspiring to kill an old woman. One night I even dreamed of beating a man to death with a baseball bat, wrapping him in a sheet and dragging him outside. This may seem quite disturbing to you but dreams are not as they seem. The plot varies but there always a sense of calm contained within me. Death. Change. Transformation. These are not to be feared.

The Universe has been flashing me several signs of the importance of meditation and yoga. In Dallas I stumbled on a set of chakra ‘tarot’ cards that helped me begin my yoga practice. A neighbor in Portland gave me her yoga DVDs to better my technique. On the way down to San Diego, NPR informed me September was Free Yoga Month. My first live yoga classes were a week of yoga at a yoga shala where I experienced my first “high” on yoga. How about the day I was dragged to yet another Goodwill by my thrifty partner. I litterally looked at 3 book titles and my hand reached for Kundalini Awakening: A Gentle Guide to Chakra Activation and Spiritual Growth by John Selby. In Parker CO I had noticed a ‘yoga and more’ store several times. Finally I stopped in where the owner told me about his yoga instructor who teaches Kundalini but need more space to teach . What are the odds? Next thing I know, Tuesday kundalini yoga class happening at MY house! My horoscope for 2012 said yoga and meditation were crucial to my wellbeing this year…

The Universe gives us precisely what we need…

In 27 hours we are leaving for Ecuador for 2 months. Just in writing that statement, my negative mind takes off and begins thinking the worst. As the hours pass and I get closer to boarding that plane, the knots in my stomach get tighter. My mind gets more anxious and my nervous fingers pound on the keyboard harder. This is only anxiety…know fear.

My vision board is currently bombarded with images. A paradise on the beach, a prospering adventure retreat, waterfalls, gardens, monkeys, I could go on… The difficulty comes from distinguishing whether these projections are my ego’s plan or my soul’s purpose. As much as I want to believe I can create my own destiny, fantasizing of the future is generating more fear, more anxiety, more doubts.

“Hello Universe? I know you provide Us precisely what we need so I am going to quit worrying now. Thank you for listening.”

The heroine is at the crossroads…there are no signs to tell her which way to go. Only a faint whisper does she notice. It is so quiet she cannot hear what it says. But as she grows still, she is able listen…

Here is my tale, tall and true. Happy Trails

Your comments and questions are welcomed! Cancel reply